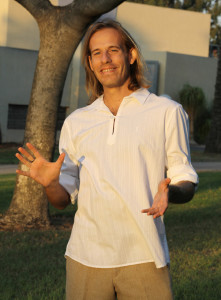 Alex Sternick, BSc.in Clinical Nutrition, is an expert and internationally recognized practitioner of ART OF NONSENSE and Laughter Therapy. He is the man behind laughter yoga clubs in Israel. Alex began his laughter journey in India in 2003, where he worked with terminally ill patients. Then he practiced in Ethiopia as a laughter therapist in Mother’s Mission and a nutritionist with SaveTheChildren USA.

These experiences inspired him to bring laughter yoga to Israel. In 2004, he started the first laughter club in Jerusalem and brought the leading experts to the country, including Dr. Madan Kataria and World Laughter Master Belachew Girma to run workshops. Alex has also worked with Israelis and Arabs in an attempt to bring these diverse groups together through laughter and nonsense.
In addition to his impact in his native country of Israel, Alex has traveled all over the world to run professional certified training workshops. He has trained professionals in his techniques in Germany, Austria, Finland, UK, France, Italy, Slovenia, and so on. He also appeared in local media channels in those countries.
In 2014 he was granted with the GOLDEN LAUGHTER AWARD by the French School of Happiness &Rigology for his contribution of pursuing peace through laughter among Jews, Palestinians and Jordanians.